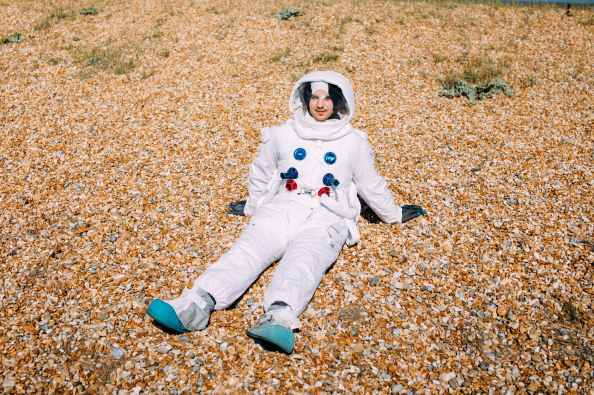 Floods of unimaginable magnitude once washed through Gale Crater on Mars’ equator around 4 billion years ago — a finding that hints at the possibility that life may have existed there, according to data collected by NASA’s Curiosity rover.

What is the Gale Crater?

So what is the reason why it is so important to scientists and why did we choose to land there?

Scientists chose Gale Crater as the landing site for Curiosity because it has many signs that water was present over its history. Water is a key ingredient of life as we know it. Minerals called clays and sulfates are byproducts of water. They also may preserve signs of past life–if it existed, that is!

Floods of unimaginable magnitude once washed through Gale Crater on Mars’ equator around 4 billion years ago — a finding that hints at the possibility that life may have existed there, according to data collected by NASA’s Curiosity rover and analyzed in joint project by scientists from Jackson State University, Cornell University, the Jet Propulsion Laboratory and the University of Hawaii.

How incredibly fascinating, the idea that at one point other parts of our very own solar system could have supported life, no bear in mind when scientists say life here, they do not necessarily mean intelligent life as we think of it, generally when someone proposes such a theory, people run wild with ideas of humanoids once inhabiting Mars and then being wiped out by some massive flood akin to the one that the bible tells of the great flood.

Which is why I chose that title, my little joke, like putting a picture of a killed and cooked lamb on a poem about it’s beauty by William Blake.

The research, “Deposits from Giant Floods in Gale Crater and Their Implications for the Climate of Early Mars,” was published Nov. 5 in Scientific Reports.

The raging megaflood — likely touched off by the heat of a meteoritic impact, which unleashed ice stored on the Martian surface — set up gigantic ripples that are tell-tale geologic structures familiar to scientists on Earth.

This is important because most of the people who think water is on mars oft imagine it the way we see it here, in reality it exists mostly in frozen form, though even this point has been argued for and against by many scientists.

“We identified mega-floods for the first time using detailed sedimentological data observed by the rover Curiosity,” said co-author Alberto G. Fairén, a visiting astrobiologist in the College of Arts and Sciences. “Deposits left behind by mega-floods had not been previously identified with orbiter data.”

As is the case on Earth, geological features including the work of water and wind have been frozen in time on Mars for about 4 billion years. These features convey processes that shaped the surface of both planets in the past.

This case includes the occurrence of giant wave-shaped features in sedimentary layers of Gale crater, often called “mega-ripples” or anti-dunes that are about 30-feet high and spaced about 450 feet apart, according to lead author Ezat Heydari, a professor of physics at Jackson State University.

The anti-dunes are indicative of flowing mega-floods at the bottom of Mars’ Gale Crater about 4 billion years ago, which are identical to the features formed by melting ice on Earth about 2 million years ago, Heydari said.

The most likely cause of the Mars flooding was the melting of ice from heat generated by a large impact, which released carbon dioxide and methane from the planet’s frozen reservoirs. The water vapor and release of gases combined to produce a short period of warm and wet conditions on the red planet.

Condensation formed water vapor clouds, which in turn created torrential rain, possibly planetwide. That water entered Gale Crater, then combined with water coming down from Mount Sharp (in Gale Crater) to produce gigantic flash floods that deposited the gravel ridges in the Hummocky Plains Unit and the ridge-and-trough band formations in the Striated Unit.

The Curiosity rover science team has already established that Gale Crater once had persistent lakes and streams in the ancient past. These long-lived bodies of water are good indicators that the crater, as well as Mount Sharp within it, were capable of supporting microbial life.

“Early Mars was an extremely active planet from a geological point of view,” Fairén said. “The planet had the conditions needed to support the presence of liquid water on the surface — and on Earth, where there’s water, there’s life.

“So early Mars was a habitable planet,” he said. “Was it inhabited? That’s a question that the next rover Perseverance … will help to answer.”

Perseverance, which launched from Cape Canaveral on July 30, is scheduled to reach Mars on Feb. 18, 2021.